One of the most anticipated drone releases is finally out. Actually, it’s two drones. Today, DJI has released the Mavic 3 and Mavic 3 Cine.

There are a few big headline features shared between both of the new drones, but let’s start with the one reserved for the $4,999 Mavic 3 Cine. The Cine model is capable of filming Apple ProRes 422 HQ footage at 5.1K up to 50FPS, and it has a built-in, but not user-replaceable, 1TB SSD.

The cheaper $2,199 Mavic 3 doesn’t come with ProRes or a built-in SSD but shares the same dual-camera system powered by a 4/3 CMOS sensor. Both drones are capable of filming in 4K at up to 120fps and capturing 20MP photos. In addition to the main 24mm lens, there is also a hybrid zoom lens capable of 28x digital zoom. In focal length terms, that equates to 162mm at f/4.4.

Both drones have batteries rated for 46 minutes of flight time, which is a significant upgrade over the Mavic 2’s 31-minute battery and even the Mavic Air 2s & 2S, which could fly for 34 and 31 minutes on one charge, respectively.

The two drones are successors to DJI’s Mavic 2 Pro and Mavic 2 Zoom released in 2018, which also introduced the first Hasselblad camera to be used in DJI drones after it acquired a majority stake in said company in 2017. But since 2018, we haven’t seen much Hasselblad branding in DJI products — until today. And just like in 2018, DJI is including Hasselblad Natural Color Solution, which promises incredibly natural colors straight out of its camera.

But if you don’t want the built-in color profile, the Mavic 3 is also capable of filming footage in 10-bit D-log for more control over color in post-processing. In addition to ProRes encoding, you can all shoot in standard H.264 and H.265 profiles, but there is no HDR video on this drone. 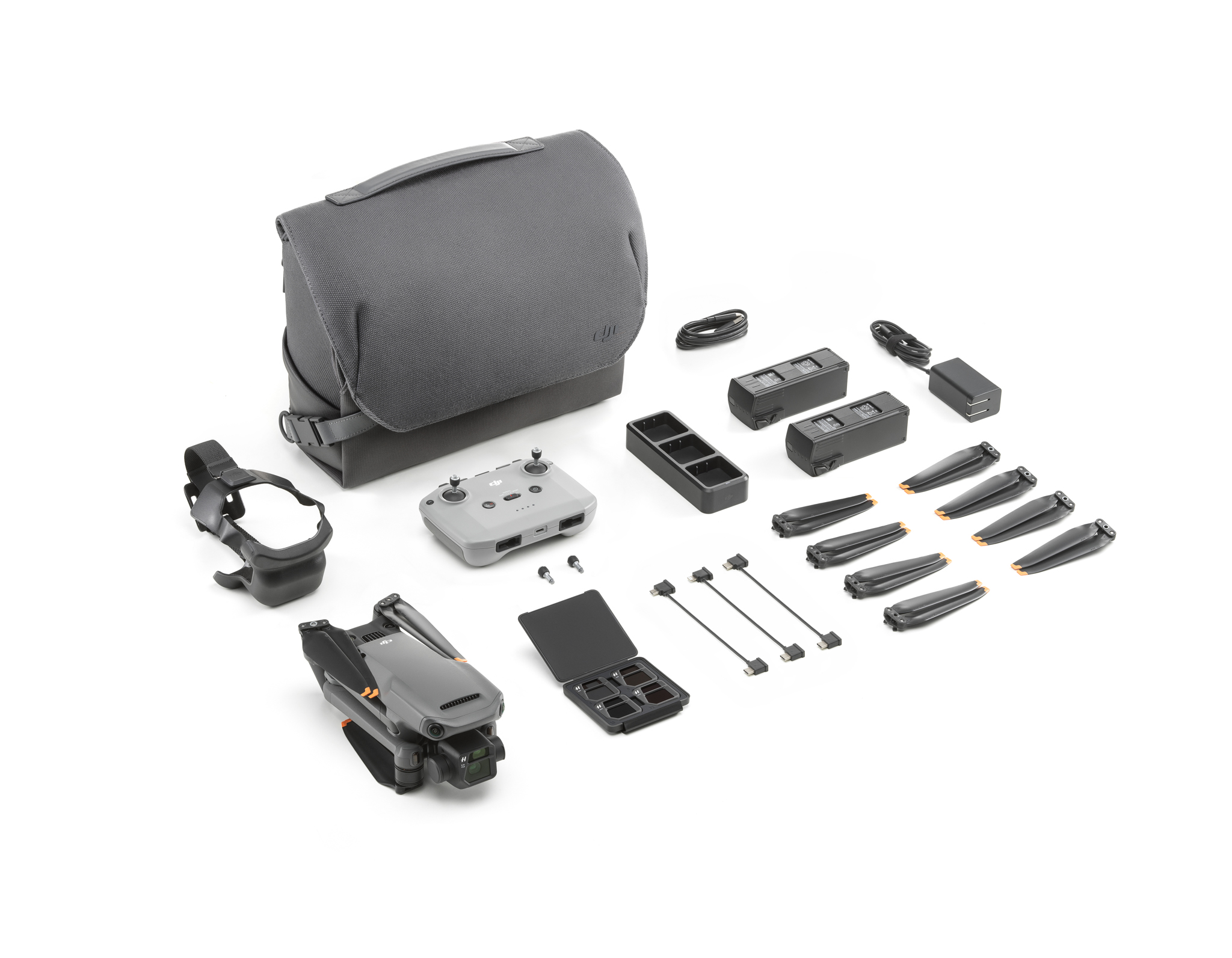 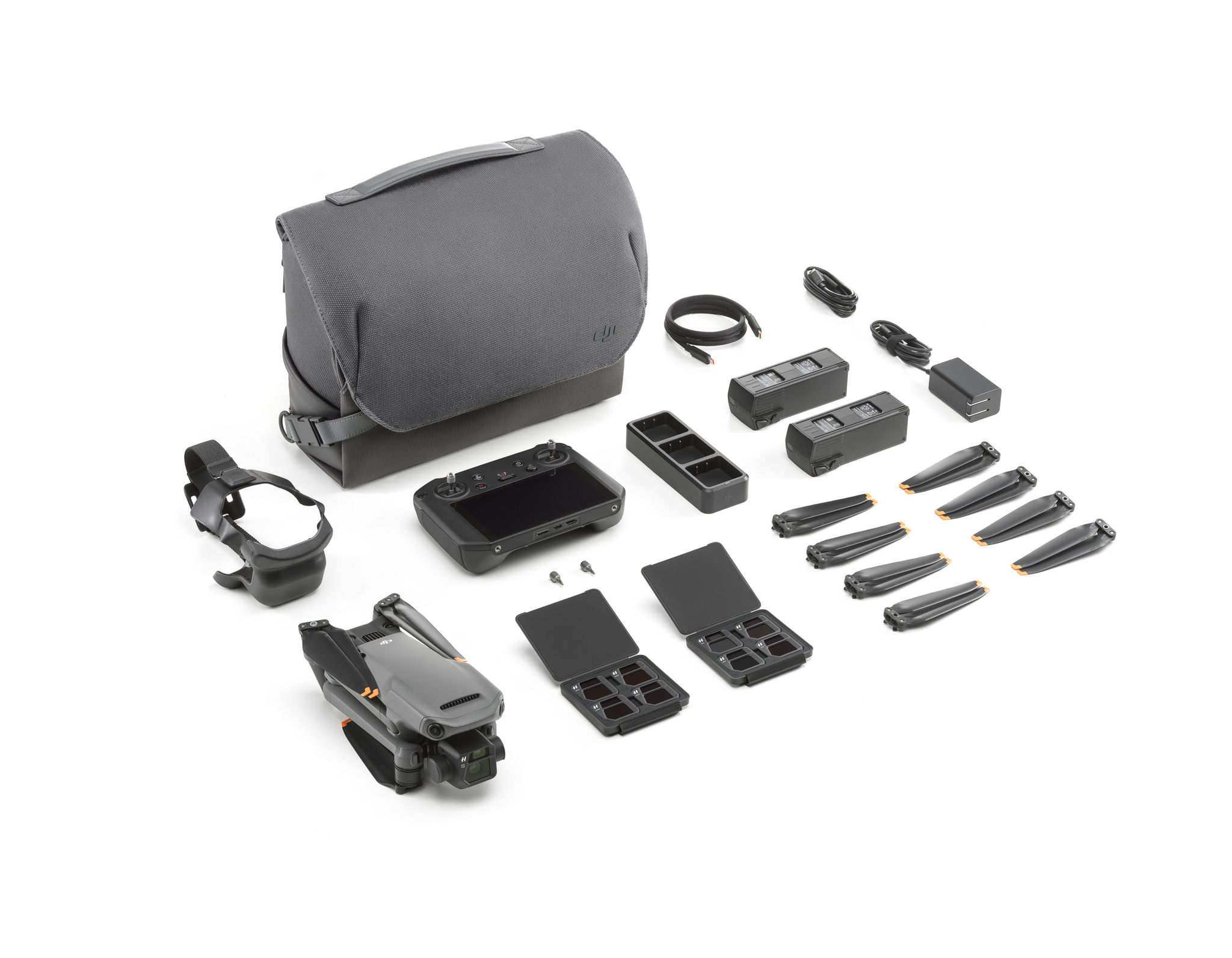 Aside from all the camera improvements, DJI has also upgraded its autonomous features for the Mavic 3. Just like its predecessor, the Mavic 3 also shares omnidirectional obstacle sensing, except the sensors are now capable of detecting objects even 200m (650 feet) away, compared to 20m (65 feet) before. I’ve always found the sensor to be a bit too sensitive, so I’m curious to find out how they act now while near objects.

But that extra reach does enable some new improvements — Advanced RTH (return to home), APAS 5.0 and ActiveTrack 5.0. Advanced RTH helps the drone plan out a more intelligent route on its way back to the launching position. And the APAS 5.0 does exactly that, except when you’re the one operating the drone. ActiveTrack 5.0, which won’t be available on release, promises great improvement over tracking and following subjects. Such as the ability to fly in any direction while following a subject and taking advantage of visual sensors on the camera body to continue tracking subjects if they go out of frame.

Both drones also come with updated versions of DJI’s proprietary transmission technology, OcuSync 3+, which promises 15km of range (in ideal conditions) and 1080p at 60fps live feed transmission to your smartphone or controller.

If you’re interested in buying this drone, there are three bundles to choose from. The standard version, which includes the drone, carrying strap, remote controller, charger, a set of extra propellers, and a joystick, will cost you $2,199.

The Fly More Combo adds two additional batteries, a charging hub, four sets of propellers, a carrying case that also transforms into a backpack, and a set of ND filters (ND4, ND8, ND16 and ND32). The Fly More Combo will cost you $2,999.

And the final bundle is the Cine Premium Combo, which means you won’t be able to buy the Cine version of the Mavic 3 without spending more money on the accessories that come with it — including a completely brand new DJI RC Pro. It’s a remote controller similar to the DJI Smart Controller that features a bright built-in screen. The Cine Premium combo also includes an additional set of ND filters (ND64, ND128, ND256, ND512) that you won’t find in the Fly More Combo. Again, the Cine Premium Combo bundle will cost you $4,999. All three bundles are available to order starting today.

(13383)
64,90 € 48,99 €
OTTIMALE PER FAMIGLIE: Stampa, scansiona, copia in bianco e nero e colore; velocità di stampa fino a 7 ppm in bianco e nero e 5 ppm a colori Stampa solo fronte (No fronte/retro automatico), Wi-Fi Dual Band, Wi-Fi Direct, HP Smart App, AirPrint, USB 2... read more
(a partire da 07/02/2023 07:58 GMT +01:00 - Altre informazioniProduct prices and availability are accurate as of the date/time indicated and are subject to change. Any price and availability information displayed on [relevant Amazon Site(s), as applicable] at the time of purchase will apply to the purchase of this product.)
Compra
Auto Amazon Links
We use cookies on our website to give you the most relevant experience by remembering your preferences and repeat visits. By clicking “Accept All”, you consent to the use of ALL the cookies. However, you may visit "Cookie Settings" to provide a controlled consent.
Cookie SettingsAccept All
Manage consent